Martin G. Carver is the former chairman of the board and chief executive officer and President of Bandag, Incorporated, a Muscatine, Iowa-based company that provided retreading materials, equipment and tire management services to franchised dealers in more than 100 countries.

A native of Muscatine, Carver earned a bachelor's degree in business from the University of Iowa in 1970 and a M.B.A. from Indiana University in 1972. Following stints at The Northern Trust Company and Consolidated Foods (now Sara Lee) in 1979, Carver was named a regional vice president of Heavy Duty Parts, Inc., (then a Bandag subsidiary) and elected to Bandag's board as an outside director.

He became chairman of the board in 1981 and chief executive officer in 1982. In 1986, Financial World magazine named Carver CEO of the Year in the rubber and plastics industry. Then in 1989, the same magazine named him as the CEO of the Decade in the broader category of the chemicals industry.

Carver's accomplishments are also recognized outside the business world. He is a motorsports enthusiast, and even set a world land speed record for diesel trucks in 1988 while driving the Bandag Bandit truck equipped with Bandag retreads. Carver is a member of the Aspen lnstitute's Society of Fellows, serves as Trustee on the Roy J. Carver Charitable Trust and the University of Iowa Institute for Vision Research Advisory Board, and as a member of the Board of Trustees of the Aspen Music Festival and School.

Carver formerly served on the board of directors of Muscatine Connected, an educational foundation. In 2010, Carver was named as the first Randall L. Tobias Chair and Executive in Residence at the Kelly School of Business, Indiana University. 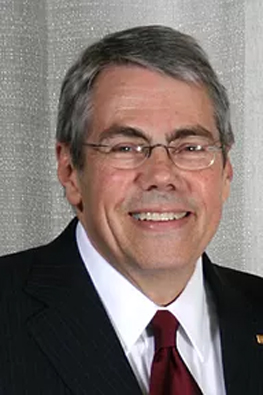